Take the Pressure Out of Cooking

Share with friends
Views: 1242
Comments: 0
There are a whole host of reasons as to why people like to use pressure cookers. Their popularity has grown, transforming them from a useless (and sometimes dangerous) relic of the '70s, into a must-have appliance, which can make even the most basic of chefs seem like a master. Some of the very best available can be found at All the Stuff, and it’s worth noting that there are several common, key features which make pressure cookers so neat. Here are a few of them.
Nutrient and Taste Retention
Try using a pressure cooker for a whole range of different recipes. You won’t get tired of mixing it up and here at our site there are an endless range of options for you to try. There is often a more concentrated nutritional content found in foods cooked in pressure cookers, as opposed to the same foods cooked for longer periods in more traditional cookery receptacles like saucepans. It’s true that the longer any food is cooked for, the less nutritional value it has, but in a pressure cooker, this destruction of nutritional value is not as severe.
The reason for this is that food cooked in a pressure cooker will use less liquid and be ready to eat faster, meaning that as the liquid is boiled away quickly, the food is left with most of its nutrients still intact. The shorter cooking time also means that the flavor is less likely to dissipate or be compromised. Taste and nutritional value are kinds of the main points when it comes to cooking, the fact that the color is retained as well can only be a bonus. Check out some of the recipes that made it to the top of the billing at the Housewares Show and see how you could try these in the pressure cooker.
Energy Saving
Traditional cooking methods require the chef to have several pots on the go, on several burners, all switched on at the same time. This is far from an efficient way of cooking at a time when we all need to do more to think about the environment and our impact upon it. Using a pressure cooker can reduce your carbon footprint as both the number of power sources and time spent cooking are dramatically reduced. If being eco-friendly is a priority of yours, a pressure cooker could help you on your quest to be the best.
Time-Saving
Using a pressure cooker can shave a heap of time off the cooking process, with some foods cooking up to 70% times faster than when prepared the traditional way. It isn’t hard to picture the scenario: arriving home from school or work late, and in need of a quick meal. A pressure cooker could step in and do the job that a fast food restaurant can do, saving you time and money in the process. You’ll also feel a lot less guilty when there are no pizza boxes to clean up. If you plan ahead, you can save even more time, as the pressure cooker can prepare your evening meal way ahead of time, and neat settings will also ensure that it does all of this in time for it to be fresh. You might not have to wait at all, once you get the hang of it. Here’s an endless list of recipes and you can try virtually of them in a pressure cooker. Just toss the ingredients in, set the controls and let the machine do the hard work for you. Bliss!
Cooler Kitchen
Heat in the kitchen is to be expected, and we’re told to simply get out if we can’t handle it. Pressure cookers can take this extra heat away from the cooking process, as they are not prone to giving off rising heat in the same way that pans on the stove are. Absolutely none of the heat generated by a pressure cooker makes its way out into the kitchen and the home during the actual cooking process, as the heat and steam are retained and recycled for cooking. You might release a little heat when the meal is ready, but it’ll be worth it for all that flavor and nutritional value you’ve retained.
Less Cleaning
This is a sure-fire winner with everyone. Pressure cookers require less cleaning as spills and splashes are virtually eliminated. The excess mess that usually comes from cooking simply doesn't blight the pressure cooker process; with the secured lid ensuring spatters don’t escape from anywhere.
After the meal is served, there’s just the one pot to clean. Dreamy! 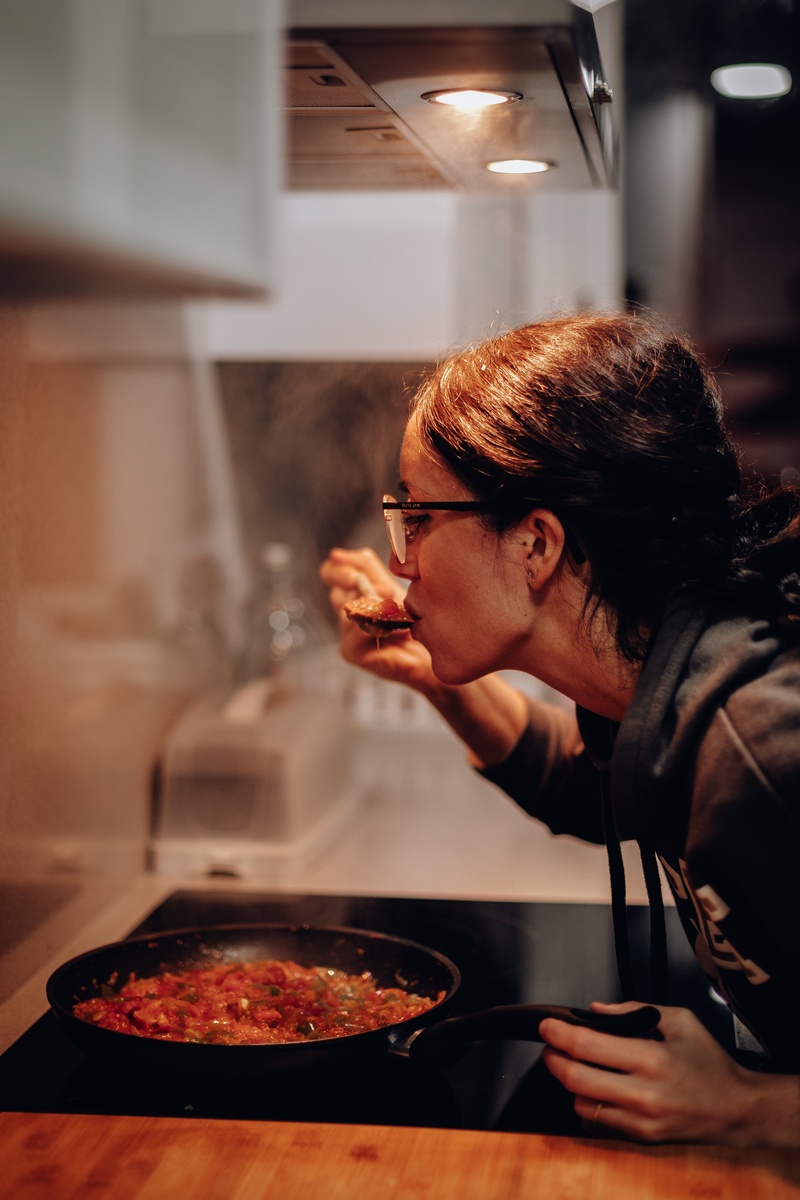