Shortly after the report's release disclosing the unethical practices of four major baby food manufacturers in the winter of 2021, parents of infants and toddlers nationwide became outraged, and for a good reason. The Subcommittee on Economic and Consumer Policy found the baby food of these companies to exceed the maximum limit for arsenic by 91 times, for cadmium, by 69 times, for lead, by 177 times, and for mercury, by 5 times. Exposure to such enormous concentrations of heavy metals from early life can lead to autism and other neurodevelopmental disorders and problems, including cognitive damage, lower IQ, behavioral abnormalities, ADHD, learning disabilities, and speech, hearing, and visual impairment.

Before exposing the sheer disregard for the well-being of children of some of these manufacturers with concrete examples, it is essential to be aware of the safe limit of these dangerous heavy metals – for arsenic, it is 10 ppb, for cadmium and lead, 5 ppb, and for mercury, 2 ppb. Hain Celestial Group, which sells baby food under Earth's Best Organic, was discovered to use ingredients containing up to 352 ppb lead and over 300 ppb arsenic. One of the oldest baby food manufacturers in the United States, Beech-Nut, allowed infant and toddler food with 344 ppb cadmium, 886 ppb lead, and over 900 ppb arsenic to go on the market. As for mercury, all four companies were found testing for it rarely, if ever.

Seven baby food manufacturers had initially been asked to partake in the investigation, which Congressman Raja Krishnamoorthi led, but Walmart, Sprout Organic Foods, and Campbell outright refused. This might indicate the baby food companies have even more skeletons in the closet than their competitors regarding the level of heavy metals in their products. Furthermore, in September 2021, a second congressional report was made public, revealing that Hain Celestial Group grossly underestimated the heavy metal concentration in its baby food. The reality is that the level of heavy metals was 28% to 93% higher in its finished products.

Occurring naturally in the environment, some heavy metals, such as zinc, iron, and magnesium, are vital for the good functioning of our bodies. In contrast, others are dangerous, such as lead in trace amounts. They end up in baby food because the raw ingredients in these products – rice, quinoa, sweet potatoes, carrots, etc. – absorb heavy metals from the soil and water. However, it is the manufacturer's responsibility to ensure the concentration of arsenic, cadmium, lead, and mercury in baby food does not exceed the safe limit. Once toxic heavy metals enter the body, they act as neurotoxins, targeting the brain and nervous system, which is how they can cause autism and other neurodevelopmental issues.

Children are more susceptible to the adverse health effects of exposure to heavy metals because they have a greater nutrient uptake by the gastrointestinal tract. The accumulation of heavy metals in the blood creates free radicals, which, in turn, generates oxidative stress. Oxidative stress is very harmful, as it can damage proteins, DNA, and cells. Many children with autism share a chronic flaw in the body's natural defenses against free radicals. Today, 1 in 44 children born after 2010 will develop autism. While the progress of diagnostic tools has led to what seems to be a rise in the number of cases, the carelessness of baby food manufacturers might also be a contributing factor.

What Is the FDA Doing to Tackle This Very Urgent Issue?

Soon after the first congressional report was released, the FDA developed a four-step strategy known as the Closer to Zero plan – "a science-based, iterative approach to reduce exposure to toxic elements from baby foods." Nonetheless, the agency's plan is quite problematic and has many shortcomings. Perhaps the worst thing about it is that it would be finalized only in 2024 or later, in the context that children across the country need clean, non-toxic food as soon as possible. The Closer to Zero plan also fails to consider the cumulative effect of heavy metals on children's neurodevelopment. It is not consistent in raising awareness that there is no safe lead level in children's blood.

Parents are not the only ones who criticized the Closer to Zero plan – in October 2021, a coalition of 24 Attorneys General from multiple states petitioned the FDA, urging more aggressive deadlines for setting maximum limits for heavy metals in baby food. A sliver of hope for parents would be the Baby Food Safety Act, a bill proposed by Congressman Raja Krishnamoorthi on March 25, 2021, which, if it enters law, will immediately enforce safe limits for the four toxic metals in infant and toddler food. The bill would also expand the FDA's authority and force the agency to become more involved in monitoring baby food manufacturers' internal practices.

Luckily, while most commercial baby food contains dangerous concentrations of heavy metals, there are several ways parents can minimize the content of these contaminants in their child's diet. By embracing the following practices when it comes to what you feed your infant or toddler, you are bound to lower the concentration of toxic metals in their food substantially.

These easy and practical tips come from the 2019 study "What's in My Baby Food?" by the non-profit organization Healthy Babies Bright Futures. This research, which found that up to 95% of the baby food on the market contains at least one heavy metal, prompted the Subcommittee on Economic and Consumer Policy to conduct its investigation.

2. Breastfeed for at Least One Year If You Are a New Mom

Although over 80% of mothers in the United States breastfeed, fewer than one-third continue to do so for at least one year, as pediatricians recommend. Not only will breastfeeding your infant for a long time delay their need for commercial baby food, but it will also bring about some notable health benefits.

3. Cook Rice for Your Baby Occasionally

Notorious for being high in arsenic, the rice should be given to children sparingly. It can absorb 10 to 20 times more arsenic from the soil than other crops. When you cook rice for your baby, use plenty of water and drain it off when the meal is ready. Another way to avoid rice with a lot of arsenic is to use sushi or basmati rice, as these types are lower in this toxic metal.

4. Make Informed Decisions Regarding the Fish You Feed Your Child

While rice is known for abounding in arsenic, some fish has a reputation for being high in mercury. You should avoid tilefish, orange roughy, swordfish, ray, ling, king mackerel, barramundi, cod, gemfish, and southern bluefin tuna.

On the flip side, the fish you should include in your baby's diet is salmon, plaice, anchovies, catfish, flounder, haddock, mullet, and pollock. Do not be discouraged by this problem, as fish is an excellent source of lean protein and omega-3 fatty acids and will contribute to your child's healthy development if you avoid the dangerous ones.

Parents still uncertain about what to feed their infant or toddler can now request free baby food packages through the Toxic Baby Food Replacement Initiative. If you need clean, nourishing baby food made by ethical companies, fill out the form at the bottom of the page.

Jonathan Sharp is the Chief Financial Officer at Environmental Litigation Group, PC – a law firm headquartered in Birmingham, Alabama, specializing in toxic exposure. Its attorneys and legal team assist parents whose children developed autism due to having been fed tainted baby food, among other diverse clients. 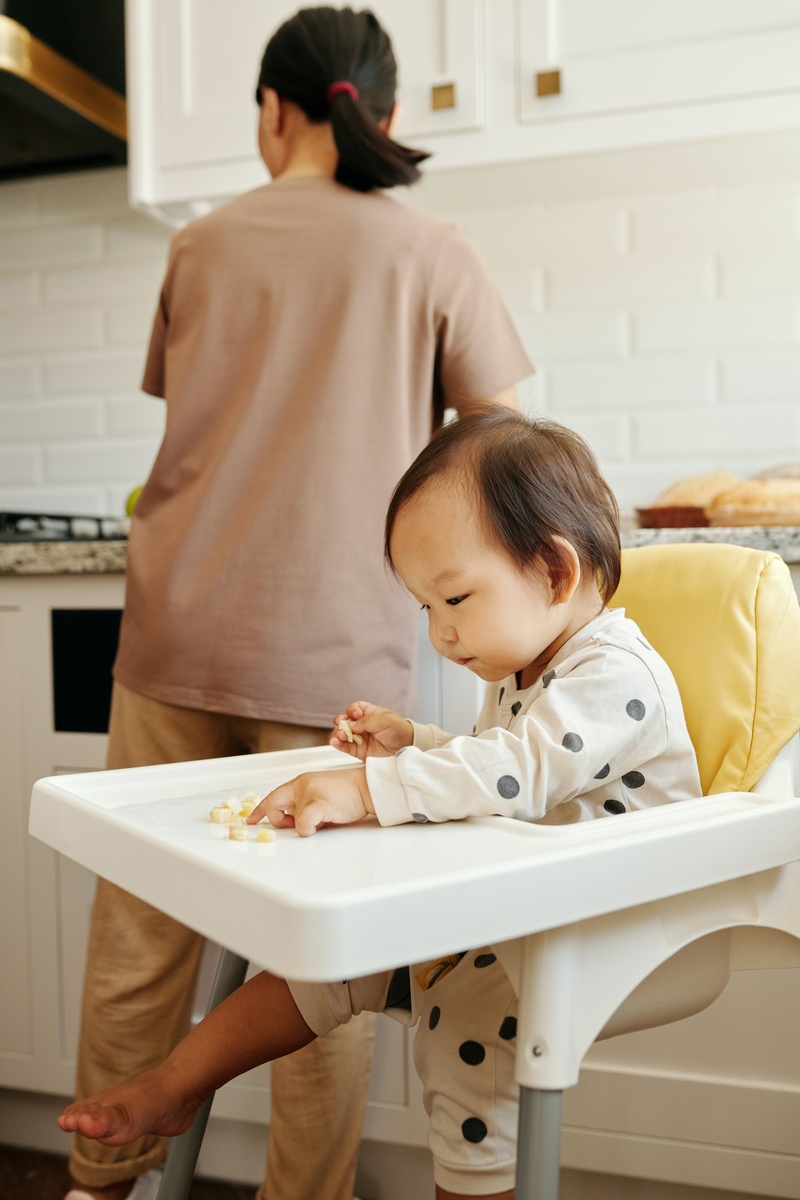