Pilot Light is an innovative program, developed by some of the Chicago area’s leading chefs, that is helping Chicago Public Schools integrate food education and literacy into its students’ curriculum. For the most part, you are likely to get to observe the chefs’ delightful and insightful teaching lessons only if you have a child enrolled at one of the six schools in which Pilot Light is currently operating.

But FamilyFarmed’s Good Food Festival on Saturday, March 21 at Chicago’s UIC Forum will provide a rare public glimpse inside the program, presented by renowned chefs Matthias Merges (of the Yusho, A10, and Billy Sunday restaurants) and Jason Hammel (Lula Café, Nightwood). They will conduct a Pilot Light demonstration that will run from 10:30-11:30 a.m.

Merges and Hammel are co-founders of Pilot Light along with other culinary titans such Paul Kahan of the One Off Hospitality Group, which includes Blackbird, Avec, Big Star, Nico Osteria, The Publican, and other well-known establishments.

On a regularly scheduled basis, participating chefs team up to visit these schools and teach age-appropriate lessons to kids at the different grade levels. For instance, during a February session at the Disney II Magnet elementary school in the Old Irving Park neighborhood on Chicago’s North Side, Sandra Holl (of Floriole Cafe and Bakery) and Rachel Post (of Our House, a new pizza restaurant she is opening, and formerly of Floriole) taught the kindergarteners about “Living and Non-Living Things: The Life Cycle of Yeast,” which ended with the tots giving bread dough a workout.

First graders heard from Christine Cikowski, Joshua Kulp, and Allison Scott of Honey Butter Fried Chicken and Sunday Dinner Club, who discussed “Families Around the World and Food Celebrations.” The lessons became more sophisticated as the grade levels progressed. For example, fourth graders received a lesson from Hammel in “Chemical Tests: Learning About Emulsification” that ended with the children attempting to make mayonnaise from raw ingredients.

Hammel said the whole point is to help children think more deeply and critically about all the subjects they are being taught, not just food. “The more of these lessons we do, the more than becomes part of their thought process,” Hammel said. “The class where we were making mayonnaise? It had nothing to do with the mayonnaise. It had everything to do with how is this made, where did it come from, did it have a history, is there a story behind it, do I know the story, should I find out?… It’s so exciting to see this happen.”

And — now here’s the part that may really make you jealous — they cook and serve what may well be the best school lunches ever for the students and their teachers. The meal prepared for the students at Disney II that day by a chef all-star team consisted of crackers with a spicy Asian dip, smoked chicken with brown rice and vegetables, a creamy kale salad, and a chocolate panna cotta.

Admission to the Pilot Light demonstration is included in the price of a ticket to enter the Good Food Festival, which also includes a Kids’ Corner sponsored and programmed by the Purple Asparagus organization and DIY workshops in the Good Food Commons area that would be of interest to children with a hands-on interest in growing or making food.

To learn more about the Festival and to buy tickets, please visit the event website at goodfoodfestivals.com. 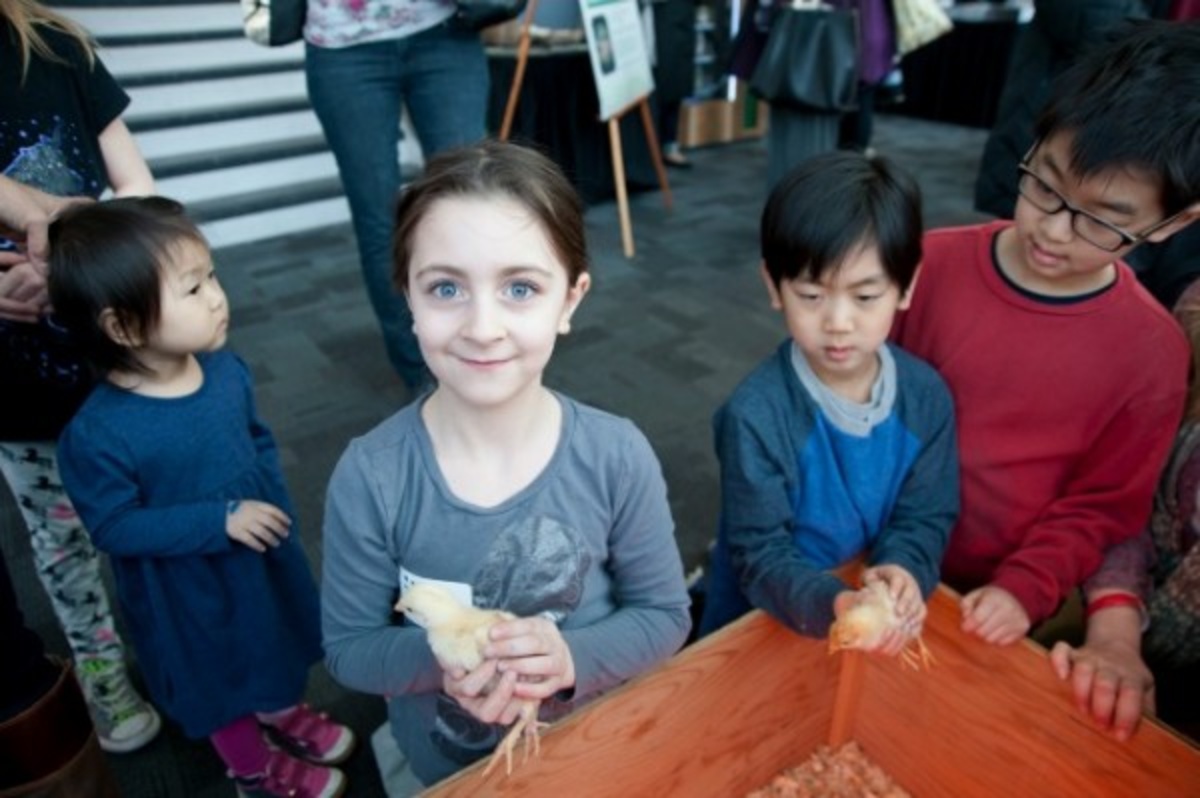