Why Are Damascus Knives So Expensive?

If you’ve heard of Damascus knives, chances are you’ve also heard of the hefty price tags attached to these blades. This might have you thinking: are they worth it? Based on the look and function of the items on this list of the best Damascus chef knives, they could be very much worth it.

However, that isn’t exactly fair, is it? Naturally, as a first-time buyer, you’d also want to know the real reason for these knives’ astronomical prices.

So, are these blades really worth the money you have to pay for them? Let’s try to find out.

Why Damascus Knives Have a High Asking Price

Looking at a Damascus knife, you just know it’s going to make a dent in your pocket. However, with the way it looks and how it feels in your hand, not to mention the way it slices, there’s a good chance you won’t mind paying that price. Now, while that alone should be enough to justify the blade’s cost, some will need more convincing.

A look behind the scenes into creating these knives could sway your thoughts in favor of its pricing.

Where Damascus blades are concerned, it’s really the look that wins you over. Manufacturers have their ordinary knife lines, high-end lines, and high-end lines clad in Damascus steel.

If so much about your culinary life centers on the look and feel of preparing and cooking food, it makes sense to pick nothing less than a high-end knife. It’s also safe to say that a Damascus knife would most satisfy such an individual.

One thing to note about the Damascus cladding is that it neither alters nor improves the function of the blade intrinsically. The only thing this special installation changes is the look of the knife, which, as established, holds more importance than it seems.

Basically, the modern Damascus blade consists of two laminated sheets of Damascus wallpaper wrapped around a knife’s hard steel core. This wrapping holds no bearing on the knife’s function, as such is dictated by the core layer. Though, elements such as handle shape, grind angle, and blade shape also factor into the equation.

Manufacturers of Damascus knives draw inspiration from, yes, you guessed it—the Japanese. Japanese steelworkers from long ago invented the procedure that led to today’s method for creating quality Damascus knives. Cladding a soft, flexible core with a tough exterior enabled these craftsmen to create blades that were bendable but virtually indestructible at the same time.

The process also involved producing a cutting edge from several high-carbon-content exterior layers tempered before sharpening. However, unlike the Damascus patterns created through forging, ancient Japanese swords' patterns were formed through folding.

In Japan, they formed swords by layering steel and then forge welding them together. That comes with a lot of heating and beating with the hammer. Every time the metal stretches, it gets folded, heated, and beaten again and again. This regular meticulous and challenging work resulted in the famed Japanese Katana and now, by extension, the Damascus knife.

Let’s be clear that this is not, in fact, the exact process for Damascus forging. This only heavily mirrors what manufacturers use to create their coveted high-end and high-priced blades.

Again, the actual process does not do much else apart from making the Damascus blade “bendier.” In the modern setting, you’ll find the procedure improving the look and adding to the cost of a blade. To many fans of the Damascus knife, the surface-level improvements are more than enough to justify the price increase.

Not all Damascus knives are made equal. While they are all relatively expensive, the top-of-the-line models take prices to a new level with their unrivaled craftsmanship and steel composition.

Products from the world’s top manufacturers are usually simpler looking, but they could be the sharpest blades you’ve ever laid hands on. They also hold an edge longer than their counterparts and can be sharpened easily.

Their superiority extends to wear and tear resistance. Unlike other knives, these won’t slowly chip away to create serrated edges that cut or slice poorly. Their blades hold true to form as long as they are cared for and maintained regularly.

Most high-end Damascus knives are forged using a technique that sandwiches the core metal between two Damascus sheets to produce a supreme quality blade that looks stunning in its simplicity.

So, Are Damascus Blades Worth It?

Surprisingly, your predisposition towards Damascus blades factors heavily into your thinking of their worth. Where Damascus knives are concerned, the decision mostly depends on whether the look of the blade meets your personal preferences.

If it does, and exterior appearance matters a lot to you in knife selection, there should be no doubt where your thoughts lie. Functionality-wise, though, the look of the Damascus blade alone might not be enough to sway you in favor of its high price tag.

Photo by William Choquette from Pexels 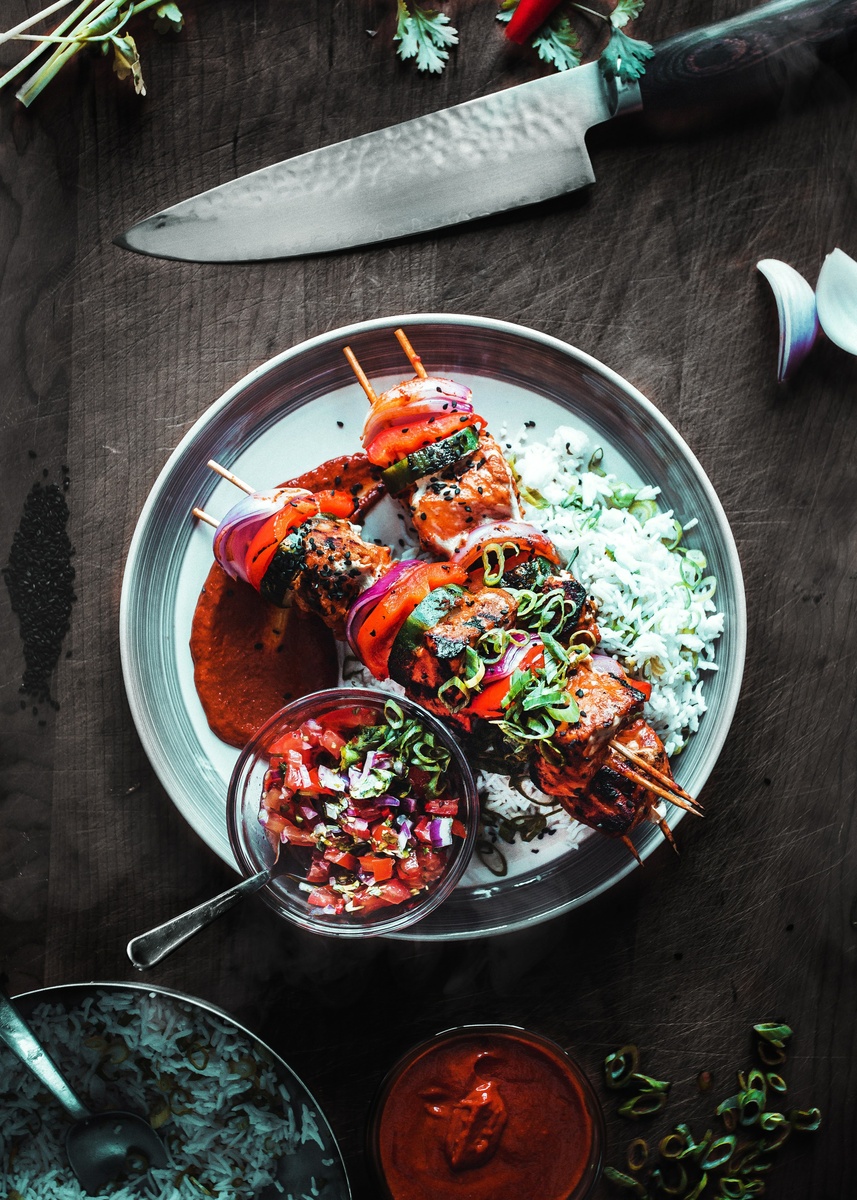 Eric
Jut be happy! Be loved and love! BE the best version of yourself FOR yourself!!! . Just wanted to share a success story! I just got my husband back through the help of genuine love spell caster Priest Ade.. Ever since Priest Ade helped me, my husband is very stable, faithful and closer to me than before.You can also contact this spell caster and get your relationship fix. Here his contact, WhatsApp him:+234 905 472 7023 Email him at: ancientspiritspellcast@gmail. com
Sharon
How i got my Ex lover back after a divorced by the help of DR NCUBE a marriage/relationship specialist. contact him if you need help WHATSAPP DR NCUBE ON +2348155227532 his email is..... drncube03@gmail.com he also have #herbs for Pregnancy Infertility herbal medicine mixture. #hiv/aids #cancerdisease #fibroid #diabetes

Facebook public page Youtube channel Instagram page Pin us on Pinterest Google + public page
Sitemap
Recent Comments
I have been sad for so long as my boyfriend left me. I searched for a lot of spell casters who would help me but they all turned me down because I didn’t have enough. Dr Raypower had compassion and helped me and I am happy again this man has put in everything he has to help me and I will forever be grateful. Contact via WhatsApp +1(424)330-8109 Website: https://urgentspellcast.wordpress.com/
I NEED A REAL AND GENUINE POWERFUL LOVE SPELL CASTER TO HELP BRING BACK YOUR EX LOVER HUSBAND WIFE BOYFRIEND GIRLFRIEND 2021/2022 BY PRIEST OSAS TEXT OR CONTACT HIM +1(419)359 4367 Unsurpassed.solution@gmail.com
My husband and I have been married for over 10 years. We met when I was 18 and he was 21. We’ve been through a lot emotionally together. There were several huge fights and painful situations in our marriage, but we always seemed to come out stronger on the other side. Out of the blue my husband just sprung the divorce talk on me, and he end up communicating with me over two months I was totally depressed until I found Dr. OGEDEGBE number online and i seek for a Love spell. You won’t believe my h
Hi, This Is Real Testimony Of A Spell Doctor Who Helped Me Bring Back My Finance, Who Left I And The Kids For 9 Month. I Had Lost All Hope About My Finance Coming Back Home Again. If You're Going Through A Tough Time In Your Marriage Or Relationship, Or Want Back Your Ex. Contact Him On Email Address: Drozoeyspellhome@Gmail.Com Or WhatsApp Him ‪+2349056460552‬
I was been suffering from HIV/AIDS since 9 years now, and i happen to have 2 kids for my husband, and now we cannot proceed to have another kids all because of my disease and now i have do all what a human like i and my husband can do just to get my disease healed, i have went to several places to seek for help not even one person could ever help, until i melt a comment on the daily news paper that was commented by Miss Marilyn about how this powerful traditional doctor help her get cured of the
TESTIMONY OF HOW I GOT MY WIFE BACK THROUGH THE HELP OF PROPHET SAMUEL THE SPELL CASTER EMAIL : (prophetsamuelspelltemple@gmail.com) AND WHATSAPP +27738592636 My wife left me for another man after 3 years of marriage. I tried all means to reconcile with her but she never agreed to come back home saying she is bored of the marriage. I was looking for ways to win her back online when I stumbled on a testimony about a spell caster called Prophet Samuel, the way he has helped many people. I contacte
Newsletter
Subscribe to watch the latest videos and get the newest recipes!